I’ve been in Paris, France, for over three weeks now and am thinking of extending my stay for a few more nights. I’ve spent most of that time sleeping in hostel dorm rooms of the international St. Christopher’s Inn hostel chain, which offers very fancy, comfortable and social places to stay, without the high hotel prices expected in Paris. See (www.st-christophers.co.uk). 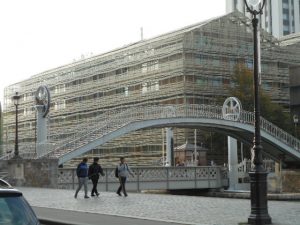 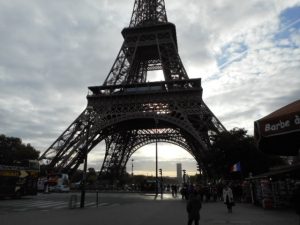 Our first Hearing Voices Conference meeting was right beside the Eiffel Tower. 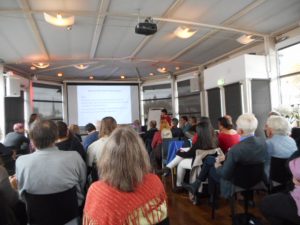 Our welcome meeting aboard the Seine Cruise ship. 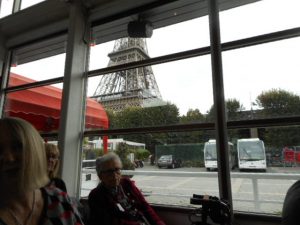 Our Conference Launch passes the most famous landmark of Paris. 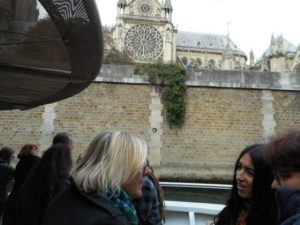 We socialized on deck while sliding beside the Paris sights. 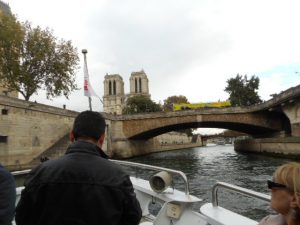 More views from the deck of the ship on the Seine River. 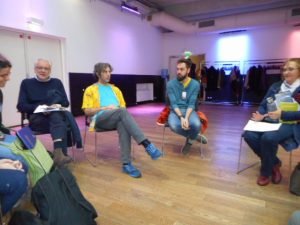 The next day, we met in a lovely hall with many rooms for our workshops. 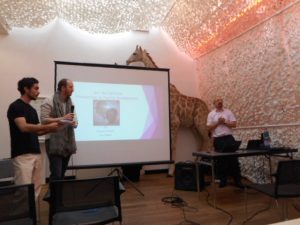 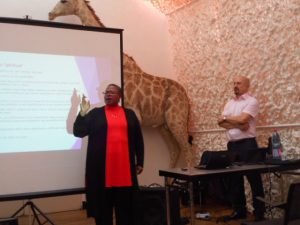 This is the Giraffe Room. 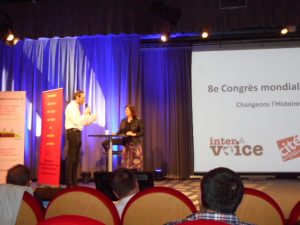 At other times, we met in the large auditorium. 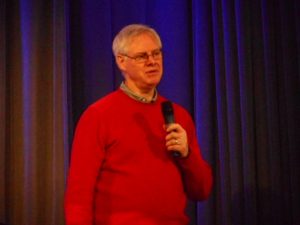 This Doctor/Researcher proved that many Psychiatric “facts” are untrue. 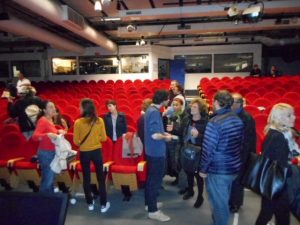 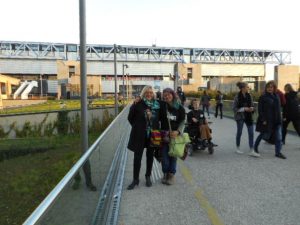 Many conference sessions were held in the Museum of Science & Industry. 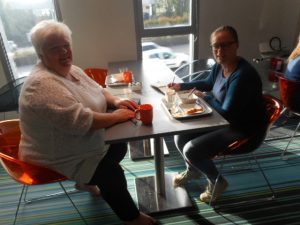 Danish friends, Kaia and Mette. Mette is next year’s InterVoice President and has accepted my large journal collection for future research purposes. 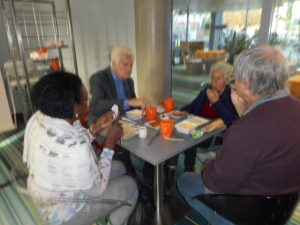 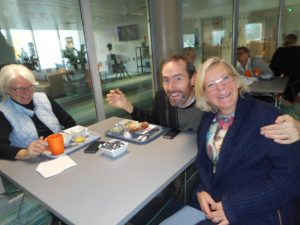 One of my main reasons for coming to Paris was to attend the 8th World Congress of the International Hearing Voices Network and InterVoice, 2016, (www.hearing-voices.org) held between October 19-22, 2016.  For that convention, I stayed in the ladylike (and expensive) Paris hotel connected with the meeting. As in most precious things in life, it was worth it!

As the organizations’ names suggest, these meetings were on the subject of Hearing Voices, a misunderstood phenomenon which, to this day, the medical community considers Madness, or Schizophrenia. The hundreds of Experiencers attending were gifted with Clairaudience,  as well as Clairvoyance, Telepathy, Prophetic Dreams and Knowings, Psychic Healing Abilities and more. Most had been hospitalized and drugged, sometimes for years, to combat their “illness.”  Other attendees were Psychiatric professionals, who have realized that we are not crazy and are researching ways to discover exactly WHAT and WHO we are.

At last, investigative work has begun to answer these questions and it’s very clear, that much of the answer lies in the Spiritual Realm, rather than in the scientific and tangible arena which is the exclusive purview and playground of most doctors and clinical authorities. “If you can’t quantify it; then it isn’t real. You are making this up!” Therefore, they blast the brain and body with mind-numbing drugs and call their patients cured. Though the Voices may continue undiminished, the patient is less able to react to them, which is what families and society wants.

This is a medieval practice, according to our personal experience. But, exactly what IS this most-unusual talent that a growing number of people, either newly demonstrate; or finally, admit to? We are beginning to discover answers through dialogue and understanding. We are healing because the subject is finally open to serious and eager discussion, allowing comparing of notes, frank and funny storytelling, and many success stories as veterans share their personal paths to deep understanding.

I don’t believe that any of us wish that these strange talents had not been a part of us. Probably, most of us (including myself) feel sorry for those who have never heard Voices; for the scientists among us, who had come to hear our stories and to report to us so many new discoveries, including serious flaws in present-day, medical approaches.

I found myself comforting them with the hope that someday soon, their own hearing channels might open. All of us gave ourselves, nonstop, through four intense days of communication and learning. I’m still recovering and resting, while happily digesting lovely memories, friendships, and new information that poured upon us last weekend.

Linda is a solo around the world traveler, having slowly explored the world's two hemispheres. A third trip around the equator has just begun, planned to last at least four years. After living for a year in the spiritual and beautiful town of Santa Fe, New Mexico, she has transferred to the beautiful and spiritual town of San Miguel de Allende, Mexico. Feeling honored that the mysterious Hurricane Patricia paid her a call during her first week; she is none-the-less, eternally-grateful that this "worst hurricane in human history" decided to leave the planet alone, after all.
View all posts by Linda J. Brown →
This entry was posted in Questions and Answers and tagged Clairaudience, Clairvoyance, Healing Hands, HVN Hearing Voices Network, M, Premonitions, What does Hearing Voices mean? Do you Hear Voices? Voice Hearers gain their own voice. Bookmark the permalink.