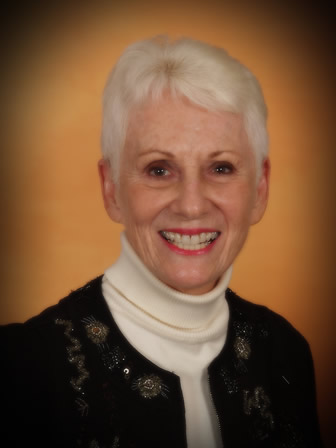 Linda J. Brown grew up in Winter Haven, Florida, and graduated with honors from the University of Florida with a degree in Journalism and Communications. She was active in campus leadership as an officer in Mortar Board: the national college leadership and scholastic honor society; the Women’s Student Association; and the University Blue Key Speaker’s Bureau. She married a physician and raised two children, later becoming involved in the Citizen Diplomacy movement at the opening of the Soviet Union, leading a number of grassroots tours to encourage people-to-people friendship and to increase the prospects of world peace. She spent a total of eighteen months over a four year period, either leading or planning group trips, within Russia, Ukraine, Moldova and Siberia. Alas, she does not speak Russian, but managed splendidly, anyway. She has been divorced since 1983, and is still hoping to meet a single InterGalactic Friend somewhere on the trail with whom to share her traveling life.

Brown was raised in the Episcopal Church; then spent thirty-three years as a member of the Baha’i Faith, resigning in 1997 to pursue her own inner spiritual life as a Spiritual Clairaudient, a Voice Hearer. She is a member of the International Hearing Voices Network (HVN) and participated as a speaker for their 8th World InterVoice Congress  in Paris, France, in October, 2016.

Her first book, Hey Boomers, Dust Off Your Backpacks: Travel The World On A Limited Budget, was published in 2008. It tells of her adventures, at age 67, on the around-the-world, (RTW), backpacking/hosteling trail as she circled the globe for a year, alone, using only her social security income. She calls to the American Baby Boomers and is a living example of what a senior citizen can do with their life after retirement. This is continued through her current postings on the website, www.heyboomers.com, depicting her youthful and active life throughout all of the world’s countries and cultures.

Adventurous Spirituality or Spiritual Adventurism is Brown’s passion and her extensive travels continue wherever she can find time to hoist a backpack… through the South American continent, following the Andean Mountain Chain, during an eight-month period. In July, 2012, she set off on her second solo around-the-world junket exploring the Southern Hemisphere (and more of the Northern) returning to the U.S. in October, 2013, after fourteen months on the road. She spent all of 2014 in South America, living in Montevideo, Uruguay; Cusco and Pisac, Peru; and Cuenca, Ecuador. Then, she lived in Santa Fe, New Mexico, USA, until launching a third around-the-world trip in late 2015, at age 78. That trip around the equatorial region lasted three years and then she settled in San Miguel de Allende, Mexico, at age 81, hoping to stay in one place for awhile in order to catch up with her neglected writing projects

Her second book, In Secret Diffusion: The Upper Realm Answers Questions About Earth, (source of the sample questions on this site) was published in June, 2010. A Movies For The Mind series of scripted novels was initiated in 2011 with her third book, a fictional companion piece to In Secret Diffusion, called And Yet A Little While. This readable script follows adventurous souls conducting their pre-birth planning and then diving back down to Earth for another go-round. Her fourth book, Hearing Inner Voices: The Dead Pet Whisperer, was  published in early 2016, and features many of the best cosmic questions from the public, which you will find on this site.

She is currently working on the development of a movie script, The Insatiable Sea, a true story set in the South Pacific and  many others. To that end, Brown spent many months in Pago Pago, American Samoa, researching the beginning of this true story of her father’s seagoing adventures.