What Do The Constellations, Orion and Pleiades, Have To Do With Earth’s Population?

WHAT DO THE CONSTELLATIONS, ORION AND PLEIADES, HAVE TO DO WITH EARTH’S POPULATION?

I met Ethan Law, of Chicago, while I was in Cusco, Peru, two days ago, and he and his  girlfriend have a very strong connection with the Constellation Orion. He wondered whether Earthlings come from these Heavenly Bodies or do we all originate upon the Earth? 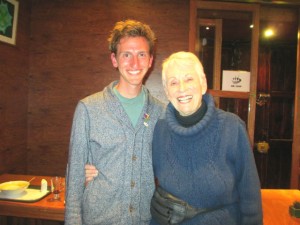 Ethan is an Orion Starseed

So, let’s see if we can get some information about how the human Earth population relates to these far-off Star Systems, which  science has not defined in relation to living beings or planets; only by the brilliance of the burning, celestial bodies visible in the night sky. Science refuses to “Go Inside” to discuss any connection that we might have with Other Dimensions and the movement that we speak of: a human consciousness, now living upon Earth, having originated within these remote, yet physically-visible, celestial territories.  Well now, any scientists would put the wizard’s hat on us!

For millenniums, some religions and people close to nature have been keenly aware of the movement of celestial bodies, especially in the timing of life’s matters; or navigation. But, mankind simply uses the stars as a giant clock,  without a thought for the living consciousnesses that might be found within their galaxies.

Oh, my Holy Spirit! What do these familiar constellations have to do with living Earth humans?

“Oh, My Linda Layli, Lalyli Linda! Yes, they do have much to do with some human beings, but not very many, altogether.”

Let’s play our favorite game! As far as the ability to comprehend these matters, how “old” would you say Earth’s population is?

“Linda Layli, since you put it that way, I would have to say that you, on Earth, have not even been born yet! There is nothing to build on, in terms of any intelligence, presently living on Earth, who could grasp what We have to say about these matters. That’s why a general question, such as you have opened this subject with, is so hopelessly hard to answer. Let’s see if we can make any sense, at all here. Maybe, if We concentrate on Ethan, We can speak directly to him, as your conversation had already reached the conclusion that he and his girlfriend, Taylor, are, somehow, connected to the Constellation Orion.”

Might it be safe to say that any human who draws such conclusions about themselves is probably on-target? When my two grandchildren were born, I received specific announcements that they were connected to Pleiades; as I have been told I am, myself. So, might the scattered “evidences” be hidden within the minds of living humans, rather than any other repository here on Earth?

“I think that is absolutely-tootly correct. Let’s not forget that transmissions are possible from any Higher Dimension to any Earthling whose mind can receive them. Telepathy has been around for many, many generations and the receivers of telepathic information are probably those Starseeds that we have spoken of before in this blog. In fact, thank you so much for reminding Me. This is what the Starseeds are! They are the people of Orion and The Pleiades!”

So, everything that we have written in this blog about Starseeds would apply to this question about the Constellations?

“Y.E.S! And these Starseeds have come, one and all, to elevate the human race by living spiritual lives; though not necessarily within any particular religious designation. Their spirituality may express itself in many different ways.”

Let’s revisit the question about Freckles, which was dismissed rather cavalierly a few posts back. That writer reported that the freckles on her stomach formed the outline of the Pleiadian Constellation. Any comment?

“We don’t think so! We still do not think that anything that distinctive might exist on their bodies.”

And yet, the Starseed Eye Syndrome, where the white of the eye shows below the pupil,  is connected to that condition! Could it possibly be that, only now, those living in the New Millennium Time, might be showing small clues?  I think that we are now floating too far into the unknown, concerning this subject matter. I remember that Your answer to the Starseeds, who have written in, is to “simply relax and leave it alone. Not to try to figure it out.” Intellectually, it sounds as if we can’t get there from here! Shall we simply conclude that “It is what it is!” and stop belaboring the point?

“Y.E.S! We would be so happy if all Earthlings would do exactly that! Don’t worry about this condition! If it exists…. Good on You! If it doesn’t exist with you….. then, Good on You, too! This is just too off-planet for present-day Earthlings to worry about!

Focus more on this poor planet, and then, when you die, all will come clear!”

Linda is a solo around the world traveler, having slowly explored the world's two hemispheres. A third trip around the equator has just begun, planned to last at least four years. After living for a year in the spiritual and beautiful town of Santa Fe, New Mexico, she has transferred to the beautiful and spiritual town of San Miguel de Allende, Mexico. Feeling honored that the mysterious Hurricane Patricia paid her a call during her first week; she is none-the-less, eternally-grateful that this "worst hurricane in human history" decided to leave the planet alone, after all.
View all posts by Linda J. Brown →
This entry was posted in Questions and Answers, Starseed Eyes and tagged An Orion Starseed comments, elevating the earth's energies, Starseed Eyes, What does Orion have to do with Earth?, what does pleiades have to do with earth?. Bookmark the permalink.

5 Responses to What Do The Constellations, Orion and Pleiades, Have To Do With Earth’s Population?